To the sound of cicadas, the welcome is warm and you will always find something to make your stay enjoyable. Ramatuelle is a living work of art with a rich history that will leave an indelible impression on your souvenir album.

Ramatuelle is thriving! In the village, at Colombier, Tournels and on the Route des Plages, there are plenty of shops: food stores, artisans, beauty salons, plants and flowers. Not to mention other services such as newsagents, health, post office, ATM, 24/7 petrol station and free parking. 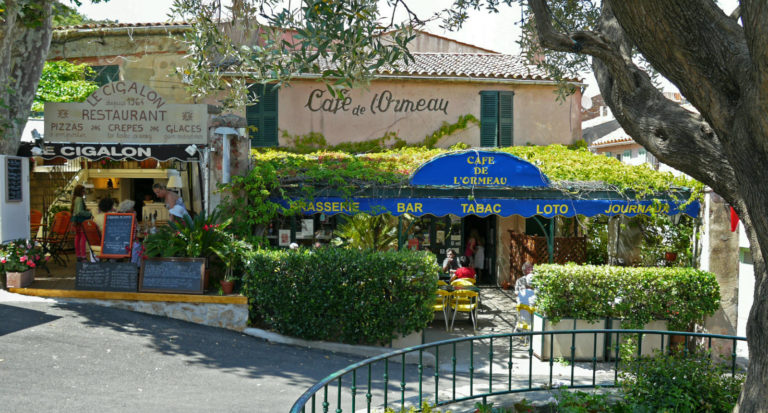 In Ramatuelle all is discrete, there are no big brand boutiques, they are more like stalls where you can find local organic produce, jewellery, unusual objects, decorative items, antiques, Ramatuelle souvenirs and more. There are galleries and studios with paintings, sculptures, photographs, African art and lutherie. 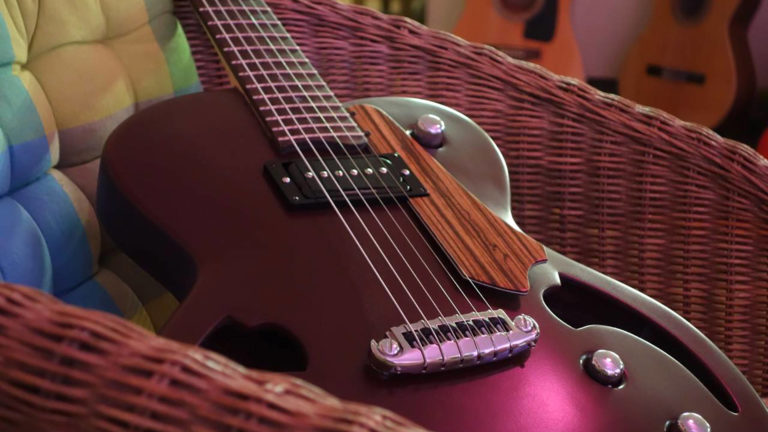 Starting point : The Tourist Office (1)
The olive tree (2). The tree on the square – originally planted by order of the Duke of Sully to mark the province’s pacification and conversion of Henry IV to Catholicism – is also depicted on the town’s coat of arms, although the elm was replaced with an olive tree in 1983. Today, an olive tree as took the place of is ancestor. Symbol of Provence and peace, it is also for Ramatuelle a symbol of future.

Place de l’Ormeau (3). Main square of the village with its cafés where the market takes place, each Thursday and Sunday morning. On this square there is the church Notre-Dame (4) decorated in 1620 with porphyre green called ‘serpentine’. The guardroom has been preserved, as has a part of the covered way which runs over the church roof. The bell tower is the vestige of one of the four watchtowers. Inside, you can see two traditional Nativity figurines: St Joseph and The Virgin Mary (classified Historic Monuments from the 16th Century) and the reliquary bust of St Andrew, who was patron of Ramatuelle. To the right of the entrance, a plaque commemorates the memory of the crews of four submarines: the ‘SM 2326’, the ‘Sybille’, the ‘Minerve’, the ‘Eurydice’, which disappeared off Cape Camarat between 1946 and 1970.

The Post office and the arms (5). Built in 1856, the building was at first a school, then a townhall and teacher and priest house. The stone at the top of the door was placed here in 1858 when this building was the townhall. Like a lot of French villages, Ramatuelle as is own coat of arms. Under Louis XIV, an edict of the king forced all the villages that possessed weapons to register them in the France’s General Armorial. Ramatuelle accepted the rule and payed the tax. The coat of arms was described as follow : “golden coat of arms with a leafy tree surmounted by a star”. Carry on through the porch, notice the model of the village who shows perfectly his round shape. Enter the village by the rue des Sarrasins ,and notice the narrow streets in the old rampart. 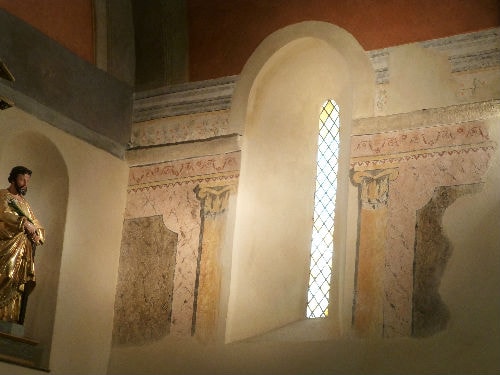 Head to the shop (6). This house is an old craftsman’s shop dated from the end XV or XVI century. The whole is built in granite. It was also probably have had a wooden stall to sell the products and a shutter to close it up. There was a step before the door to stop the water of coming in and to protect the house from street refuse and sewage.

Carry on to Place Gabriel Péri (7) (previously named Place du Château) where is the seignorial dwelling, stately home restyled in the 18th century by the Audiberts (Lords of Ramatuelle). Do not miss the iron stairs realized by the Gustave Eiffel workshops in 1868.

Cercle du littoral (8). It is the oldest local society of Ramatuelle, founded in 1885. Notice the butcher’s tiles (beginning XXe century) with hooks for the meat, before handing to rue Rompe Cuou (9). Take rue des Amoureux (10) on the left, it is the narrowest street of the village. Then go down in the Rue des Sarrasins and keep your eyes open! Notice the buttress in between the two houses. Carry on through the rue des Sarrasins and rue Emile Depétri (11). Notice the old buildings, the doors and the windows dated from XVII century (houses n°7, 12, 24bis). It was during this period that the village was rebuilt, after the religion wars. 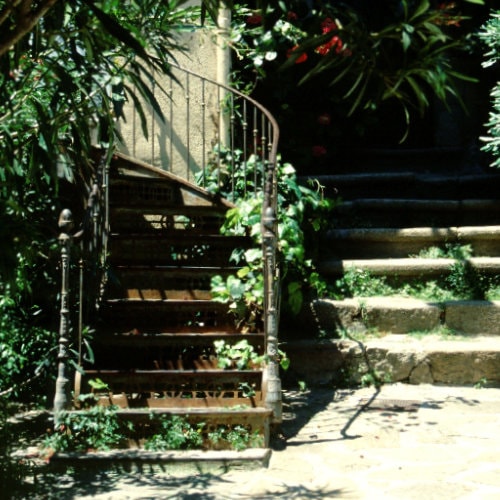 Now, take rue Saint-Esprit.
Don’t miss the oil mill in front (12). Inside this house there was a oil mill dated from the XVIII century. In between 1960 and 1975, it becamed an nightclub called “l’âne bleu”. Walk along the remparts up to the prisons (13). Built under Napoleon III, the prison’s built in a arabian style gradually led people to believe it was actually a Turkish bath built by the Saracens ! Free visit, outside only.

Further in the street you will find the porte Sarrasine on your left (14). The gate has kept its original aspect. From the inside, you can still see the grooves used to slide the portcullis and the hinges installed in 1792 to close the gate with the aid of a double door. On the outside, you will notice stone arms previously used to support the “bartizan” (a watchturret common in 13th and 14th-century French military architecture). It is dated from the XVI century. Free visit.

Go up to rue Victor Léon (from the esplanade admire the panoramic view  (15) of the vineyards and Pampelonne Bay . The sentier de la Font d’Avaou below brings to the old washhouse and to the théâtre de verdure (16) Draw buy the architect Serge Mège, it was edified in 1985. The quality of our vents (Classic nights, Ramatuelle’s festival and the jazz festival) offers to our village a national reputation. No visit. Keep walking up to the restored washhouse (17). Carry on in Avenue Clemenceau, shopping street with its galleries, shops and restaurants. Notice the building (18) on your left (the Galerie “Le Garage”), it was the old townhall. 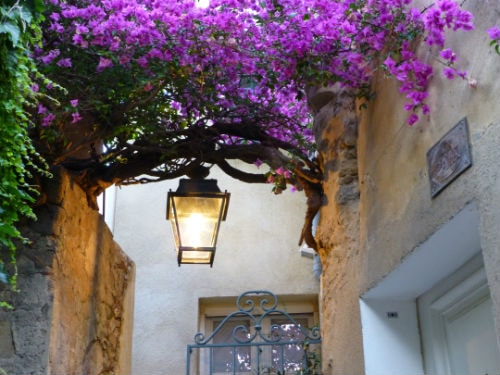 Continue on Avenue Clemenceau to Alfasser Square, where you will see a Memorial erected in 1959 in honour of the French secret services who served the Resistance during WWII (19). Opened May 3, 1959, this unique national monument in France, is the work of Courbier. It’s dedicated to the members of the special services died for France during the Second World War. It carries engraved in the stone the names of the members of the networks of the information service and of against espionage which
worked since automn 1940 in the underground in France occupied to prepare the operations which brought the liberation of the Country. These heroes taken by the services of the occupant died shot, beheaded, tortured or in concentration camps. Free visit on appointment.

Sainte-Anne’s chapel. Also referred to as the Chapel of Penitents, this is the sole survivor of Ramatuelle’s four former chapels. Built in the 16th century and abandoned for many years, it was finally restored in the 1960s. A religious service is celebrated there every July 26, on Sainte-Anne’s day. No visit.

The cemetery. At the middle ages, it was on the main square of the village and on the slopes leading to the actual townhall. For hygiene reasons, at the end of the XX century, it was put outside the village. The most visited grave is Gérard Philipe’s, french actor who became famous for theater and cinema. Died in 1959 at the age of 37, he is buried in his suit Cid de Corneille, one of his biggest roles. His grave, covered with ivy and shaded by a laurel, is one of voluntarily most sober. 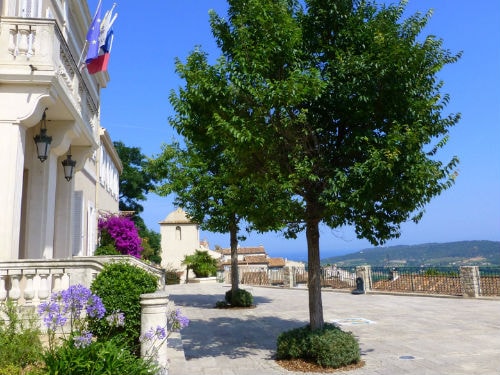 Next, turn right towards the boulevard du 8 Mai 1945, and notice the commemorative plaque (22) on your right. Head on to the car park and admire the panoramic view (23) over open vineyards, the Camarat lighthouse and the southern end of the beautiful Bay of Pampelonne. Walk to the townhall (24) that was from 1900 to 1981 the village’s school ; enjoy gazing over the village rooftops.

Walk back down to Place de l’Ormeau, and do not miss the pretty fountain (25). Like a lot of villages in France, Ramatuelle as a fountain on the main square. Water flows from the gaping mouths of theses twos lions, which until 1954 was the only drinking water supply in the village. 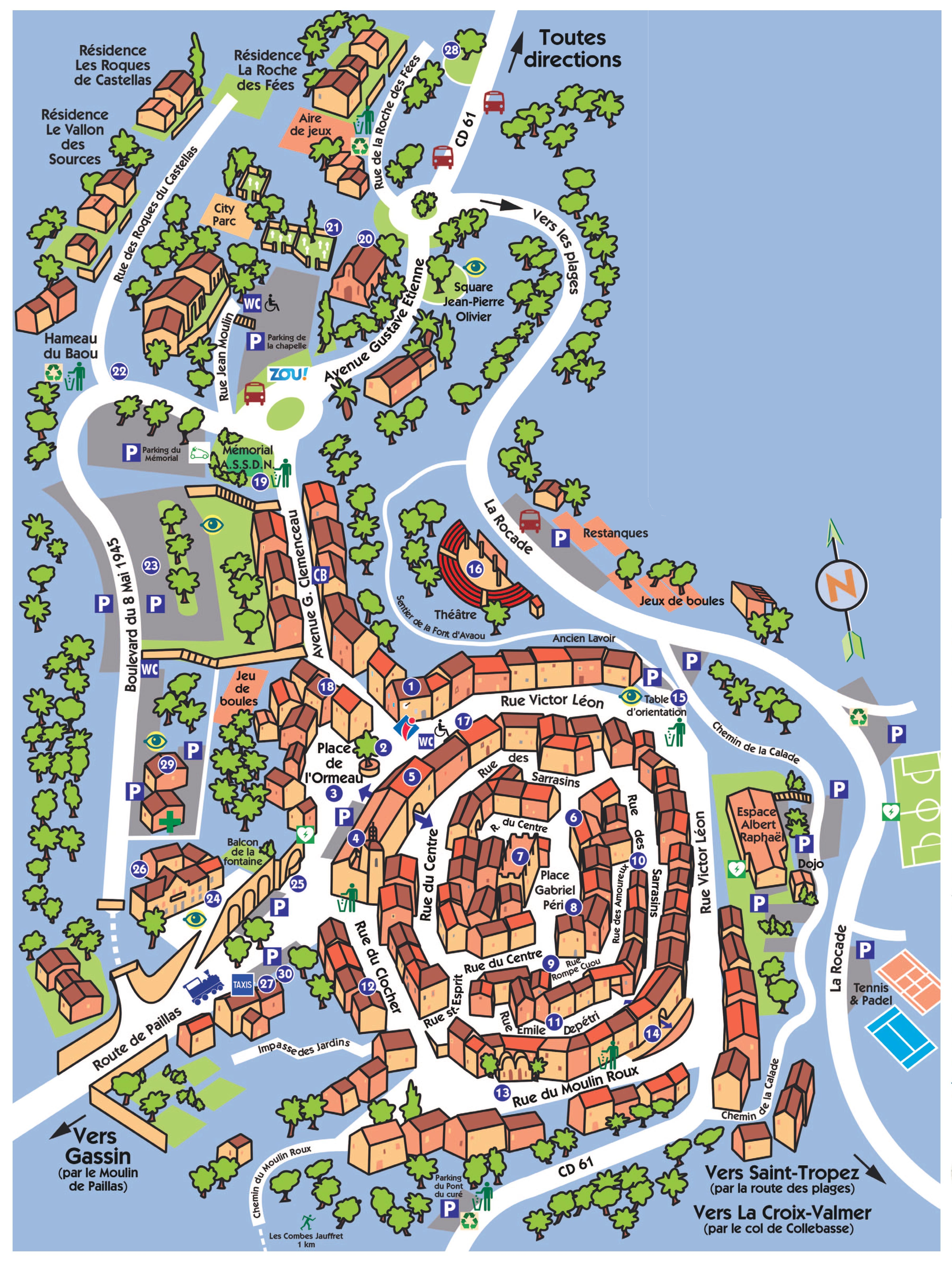