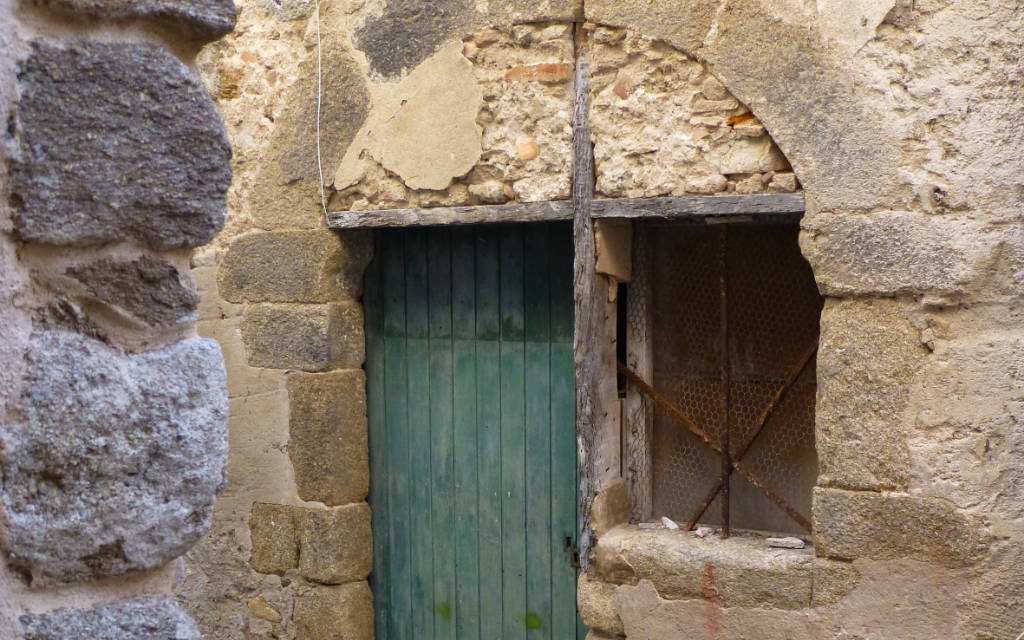 8th, 9th, 10th wonders of the world, detours and surroundings, a thousand treasures to discover. 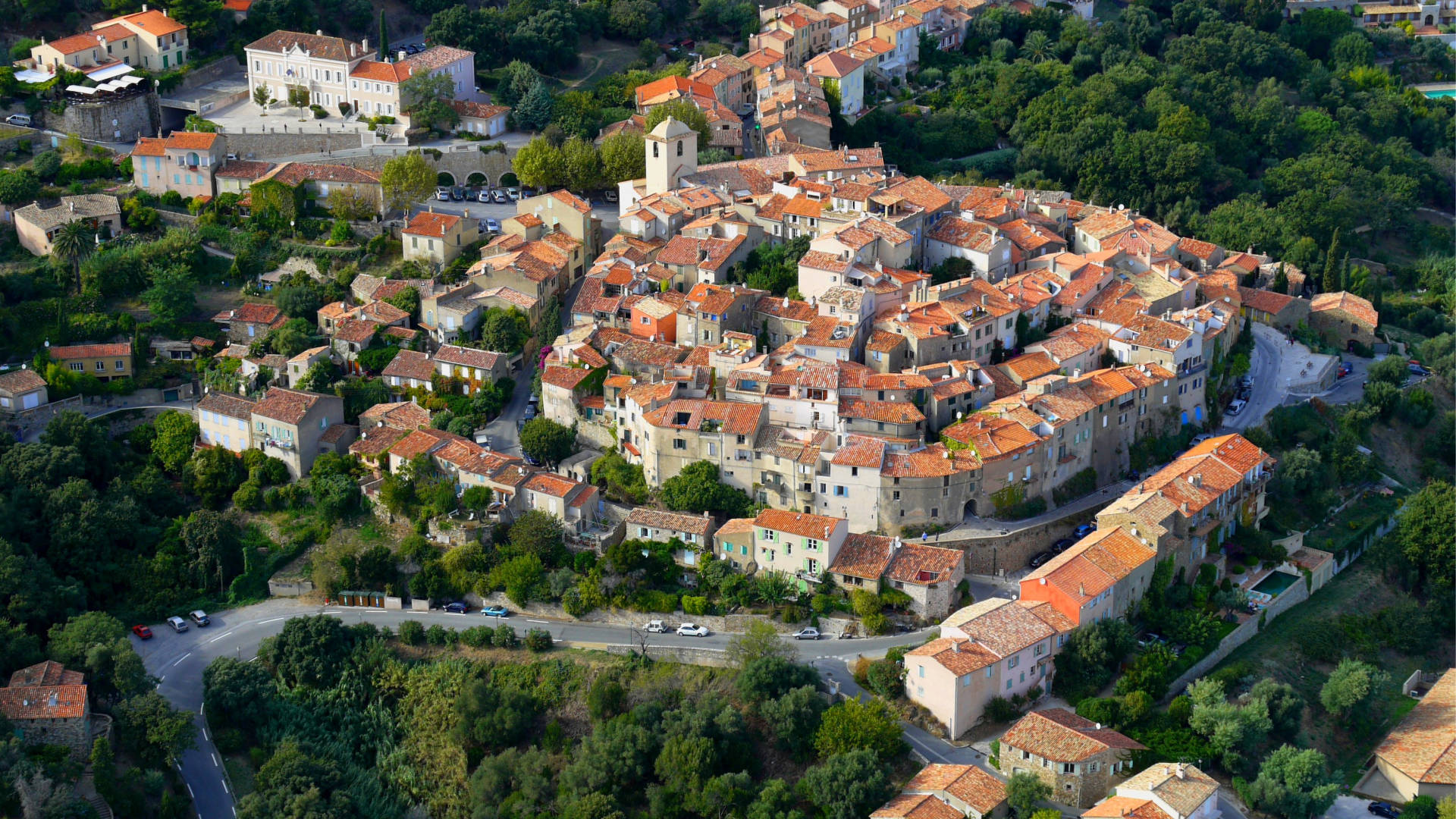 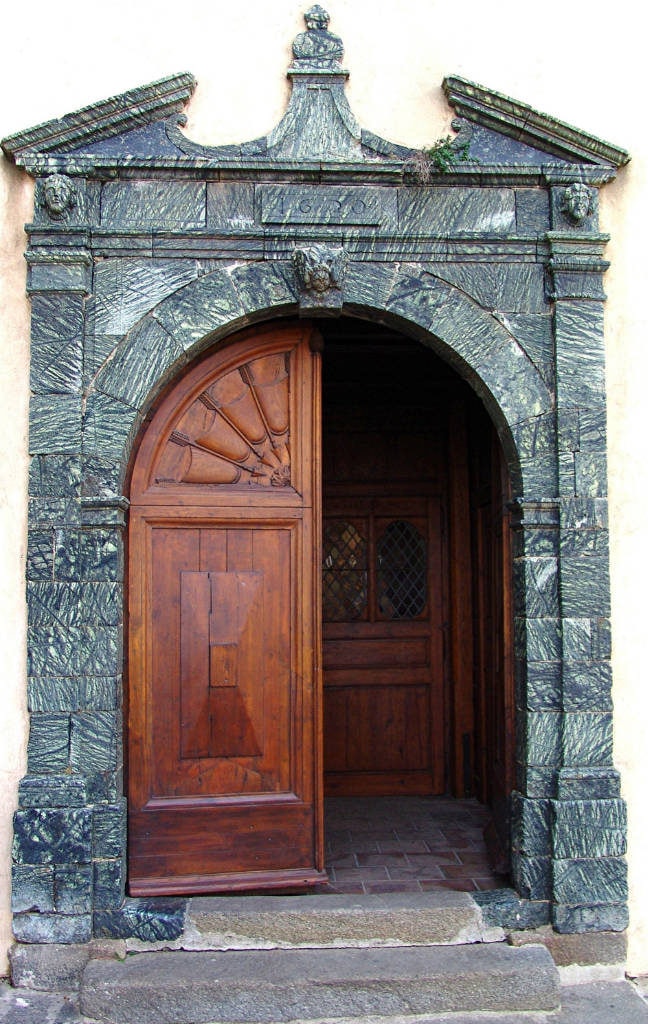 Traces of the past

Porches, stairways, courtyards and narrow streets reveal hidden monuments that are testimony to the past.

It ‘s a medieval and picturesque village, nestled on himself and stands on the spur of the Paillais hill, the heart of nature.
It’s dominates the Bay of Pampelonne and the agricultural plain, at an altitude of about 130 meters.
Briefly, Ramatuelle is a peaceful village and without exuberance that contrasts with the “ people” and the trendy beach of Pampelonne.

The heart of the village presents an original snail configuration.
Village core architecture is typical of Mediterranean villages revealing porches, stairs, passages, squares, narrow streets paved with flowers, church and its bell tower. Ocher facades and pastel shutters are decorated with jasmine, honeysuckle and bougainvillea, a feast for our senses. Craftshops, painting, primitive art that open in old cellars dug into the rock every summer attracts many curious. 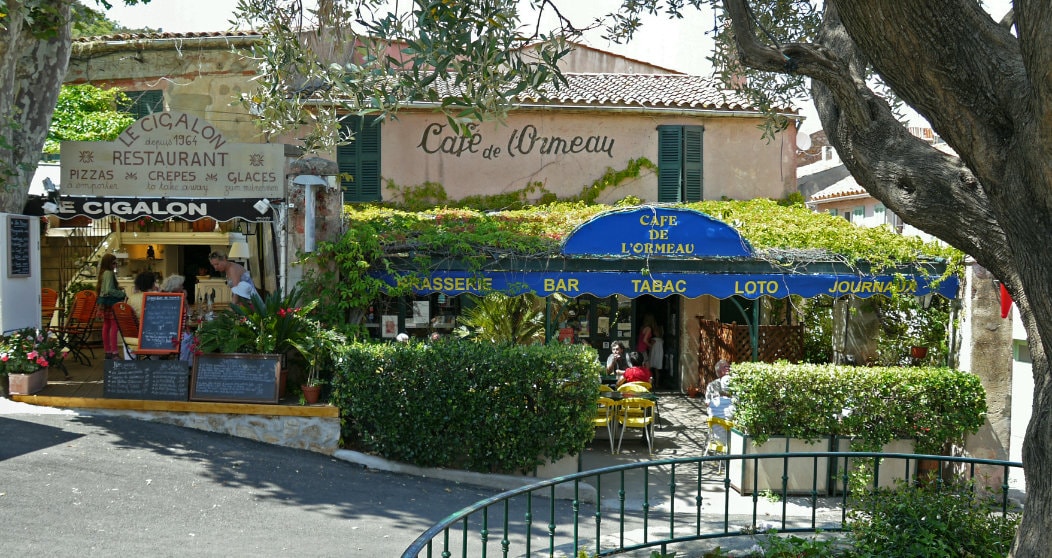 His principal place kept his origin name “Place de l’Ormeau”.
On Thursday and Sunday, don’t miss the market there. 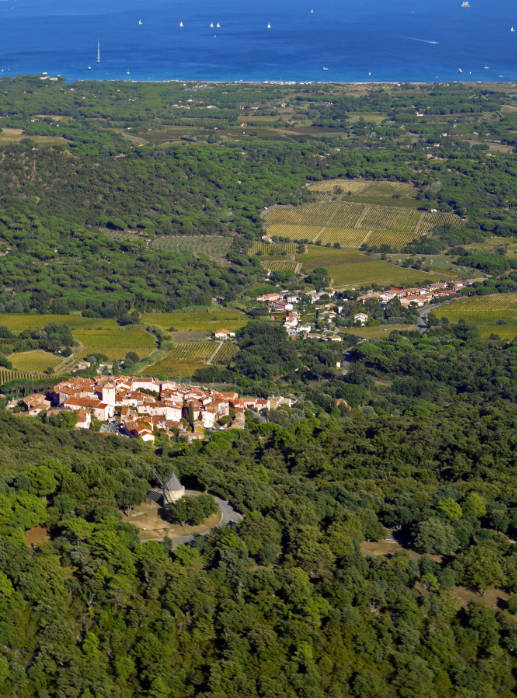 The name of Ramatuelle not related to any known group names.T wo hypotheses are challenged today by historians.

Rahmatu’llah : which in Arabic means « divine providence ». Arab origin due to the Saracen occupation of the tenth century.

Camatullici : a Celto- Ligurian tribe was established on the banks of Gapeau occured when the Roman conquest. She was driven from its shores and took refuge in the forests and mountains that dominate the Gulf Sambracitain. The tribe settled on the location of the village of Ramatuelle.Her name Camatullici. Region Camatullici was said at the time. The “R” region would have suppplanted the “C” to become Ramatullucci and Ramatuelle. 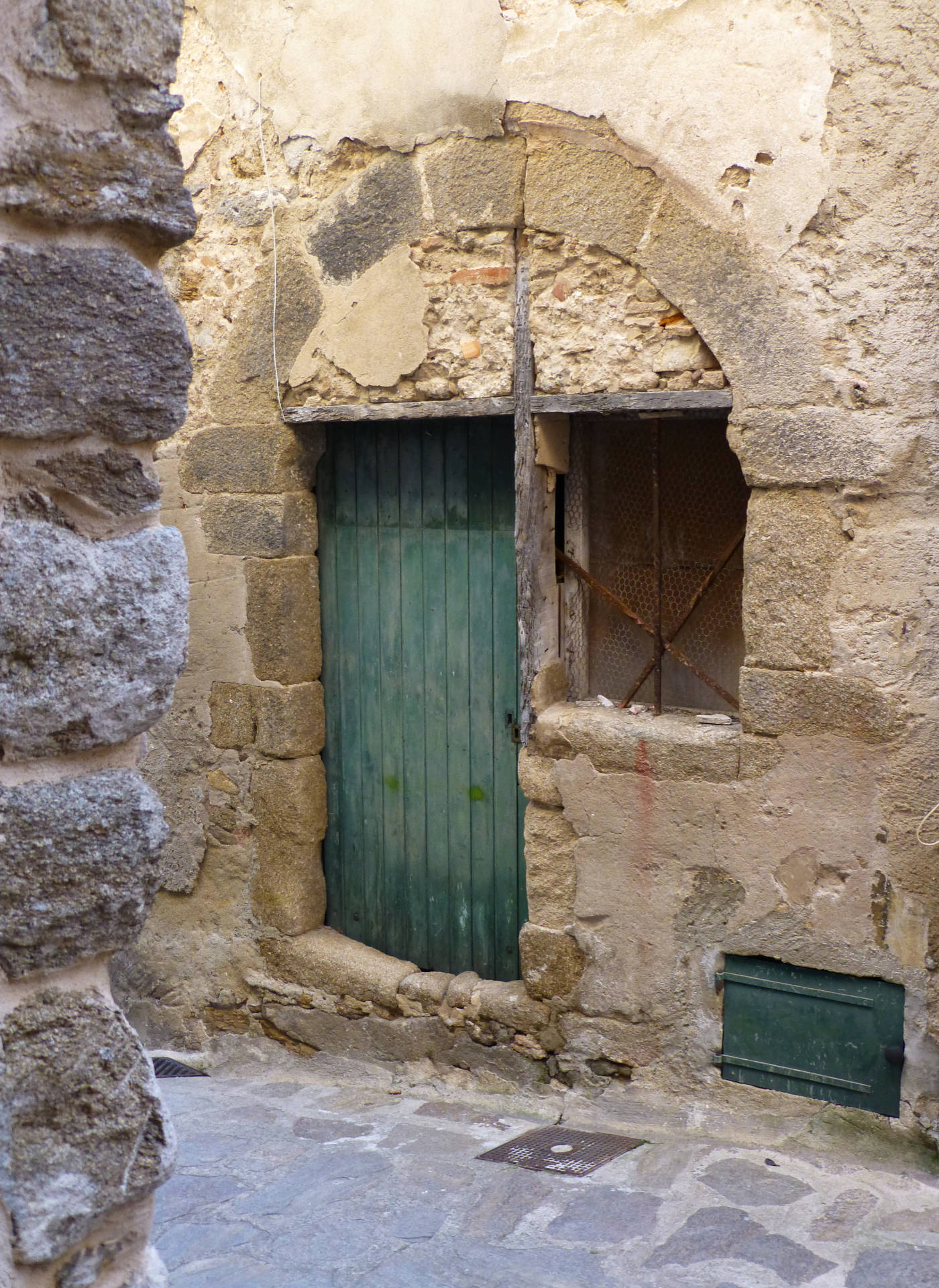 This house, dating from the end of the 15th century, was the workshop of a trader or craftsman. Built from local granite, it probably had a wooden stall to put out the products for sale and a shutter, that once shut down, made sure the house was secure. 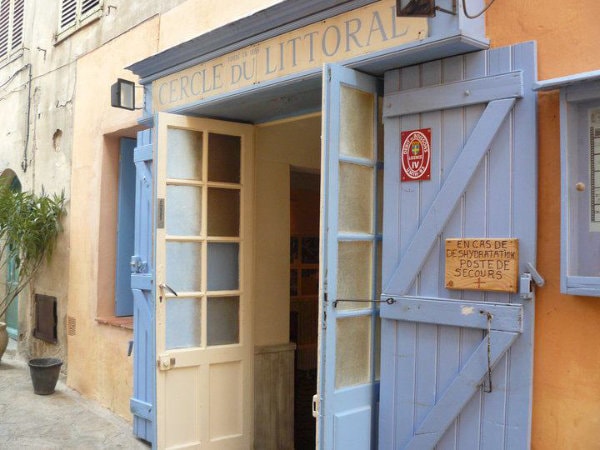 It is the oldest association of the commune. It was founded in 1885 and later became, in 1901, a philantropic association.

The Birth of the 3rd Republic caused a proliferation of associations from the late nineteenth century. Many of them were “circles” that brought together men (as women and foreigners were not admitted) belonging to the same social strain or even current thoughts. We gathered there to read, chat and have fun while eating at a better price than in other cafes. Almost every town had its own, some had even more, since we had more than 300 in the Var at the beginning of the century. Initially, two rival circles created in Ramatuelle, the circle of “Bourgeois” and the circle of “Workers” or “Republicans”, but soon the wisdom of Ramatuellois overcame their differences and decided to merge the two associations. The neutrality as marked by naming the new circle of a geographical name “Circle du Littoral.” For a long time the circle had its headquarters in the rue Clemenceau. The men of the village, regardless of their social or political, would gather there in the evening to read “the Illustration” or play dominoes. Each board member was in turn responsible for the maintenance of local and served drinks.

It was then that Mrs. Roumieu assured this service for 40 years, from 1911 to 1951 and whose husband was the last “check” the diligence which provided the passenger and postal bags Ramatuelle in St Tropez. Second Sunday in December, it never departs from the banquet called the “Saint turkey.” This kind tradition comes from a local legend. In time, a plague of locusts threatening to destroy the crops. Insecticides are not yet known, we had the idea to build the greed of turkeys who are fond of this type of insects. This idea was not only happy because the crops were saved, but these chickens were left fat and plump wish. was therefore decided to celebrate this event by organizing a feast on the menu which turkeys were to occupy the place of honor. However, the wives refused to kill and pluck the birds.

Men therefore had to perform this task, but they retaliated by refusing to admit women to their table … and since that time, only men are allowed to traditional lunch of St. Turkey. However, the evening meal together brides and grooms and their reconciliation materializes. Who could not adapt to the demands of our time, most circles are gone. So ours is one of the very few survivors. Its longevity is due, no doubt, to the dedication and tenacity of many of its members who have demonstrated flexibility and innovation. 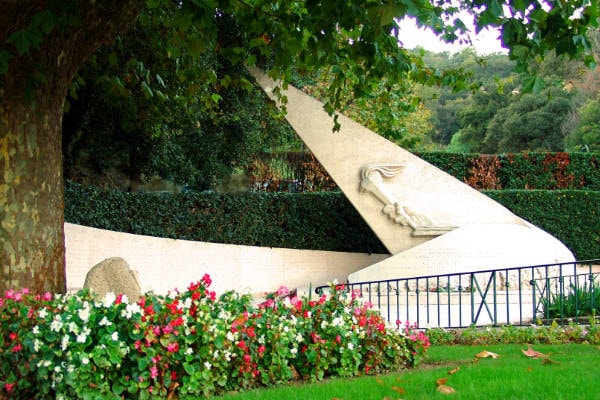 Opened May 3, 1959, this unique national monument in France, is the work of Courbier. It’s dedicated to the members of the special services died for France during the Second World War.

It carries engraved in the stone the names of the members of the networks of the information service and of against espionage which worked since automn 1940 in the underground in France occupied to prepare the operations which brought the liberation of the Country.

These heroes taken by the services of the occupant died shot, beheaded, tortured or in concentration camps. 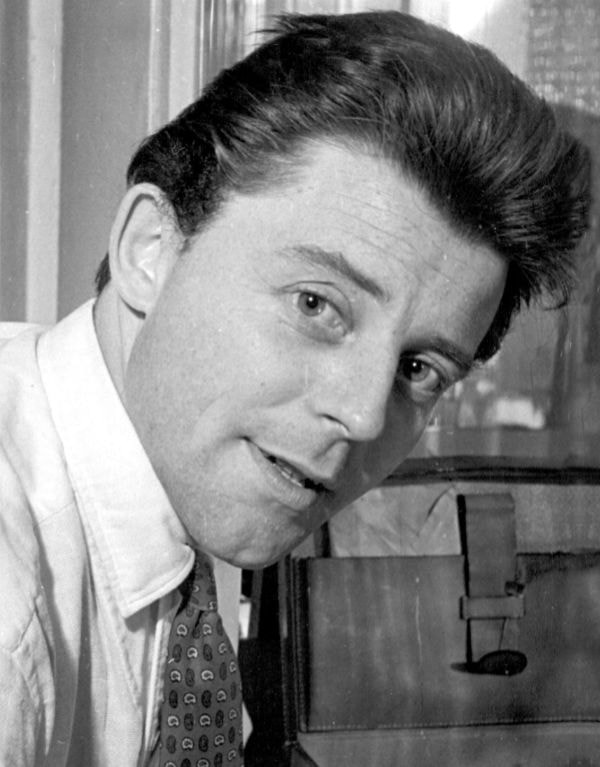 Gérard Philipe came to Ramatuelle in the house of his step family mainly during the holidays with his wife Anne and his two children. This house is not open. Gérard Philipe was present at the inauguration of the wine cooperative of Ramatuelle in September 1959.

Inaugurated in 1982 in the presence of Anne Philipe school group bears his name. presence of this actor in the town produced a significant impact on the tourist map but also culturally (started in 1985 under the leadership of Jean-Claude Brialy Gérard Philipe Festival -. rechristened The current artistic director since 1992 Theatre Festival and varieties Ramatuelle Michel Boujenah). 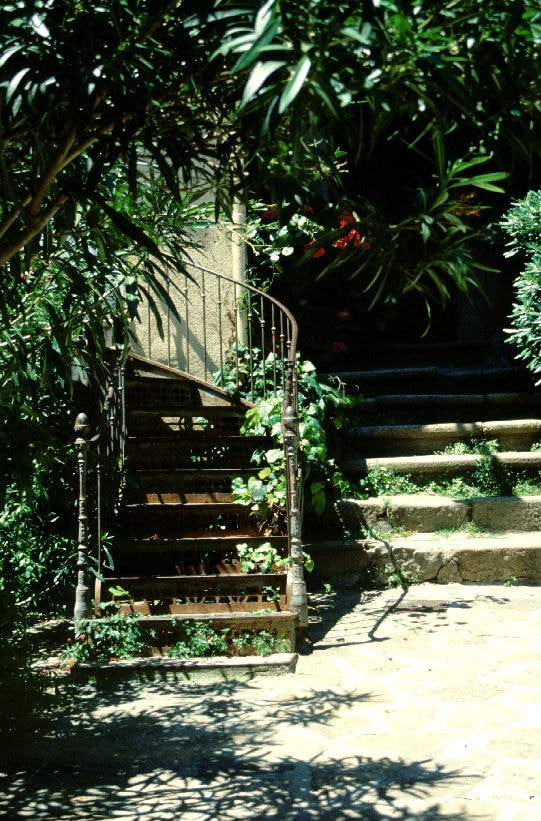 The Gabriel Péri square was, under the Ancien Régime (before the French Revolution of 1792), the main square of the village of Ramatuelle. The staircase of house number 2 allows access to one of the dwellings created after the splitting up of the castle of the Lord of the manor. This staircase, called Eiffel, dating from 1868, is a sign of modernity. It is made of metal, a rare architectural element in a little village of the Var in the 19th century. 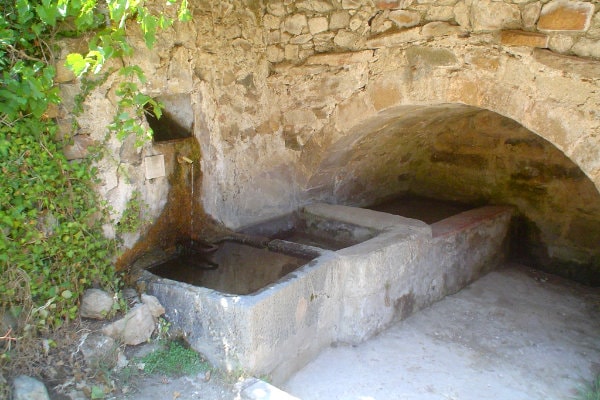 The Font-d’Avaou has been known since the 17th century. The spring or fountain is found under the village. It was called the Font-d’Abas until the 17th century and the Lower fountain until the 18th. It is not known when the wash house was constructed. It should be remembered that fountains and wash houses were areas of social interaction, meetings and exchanges. Theatres of discussion, gossip, disputes, insults and sometimes even brawls.

Traces of the past 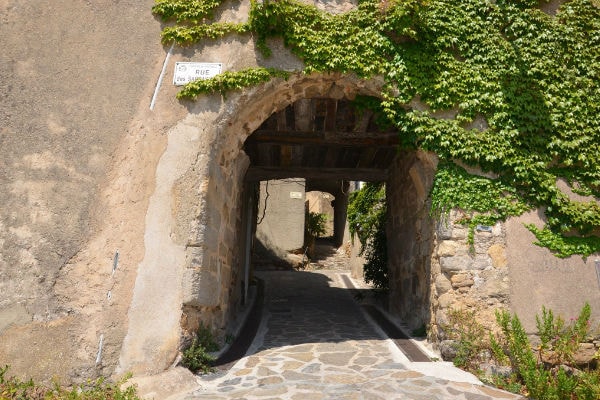 It has retained its original appearance from the inside, we can still see the slide of the harrow (or Saracen), with some hings installed in 1792 to shut the door, helping by two casements from the outside, we can see two arms stone, that was used to support an “Echaugette” (gatehouse often placed above a door). 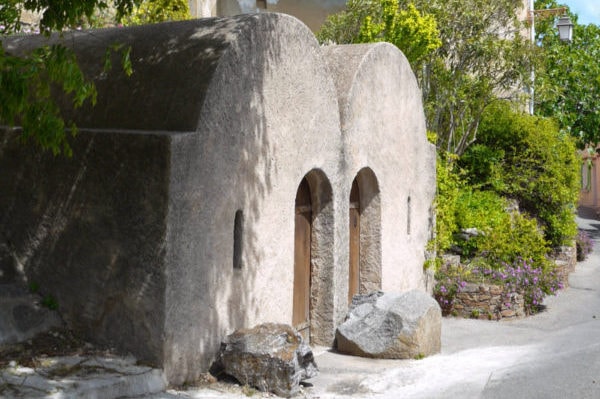 In the street taht goes down the bell and along the remparts.

They was built under Napoleon the third in a style so arabist, the tradition established that they were a hammam built by the Sacarens. 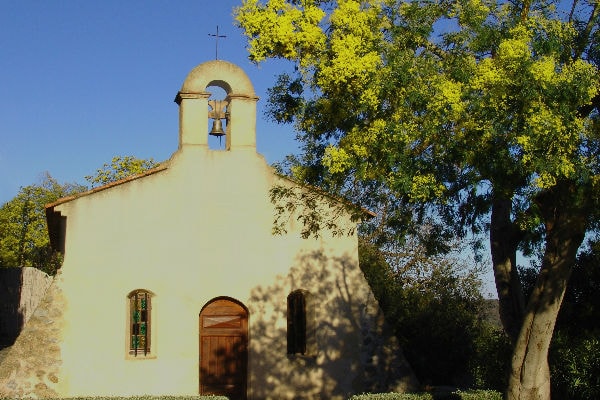 Also called the penitents chapel, it is the only one of the foor chapels that Ramatuelle possessed to be saved.

Built in the sixteen century disused for a Longtime, it has been restcured in the sixties, a religious service is celebrated, for the Saint –Anne party, the 26 July. 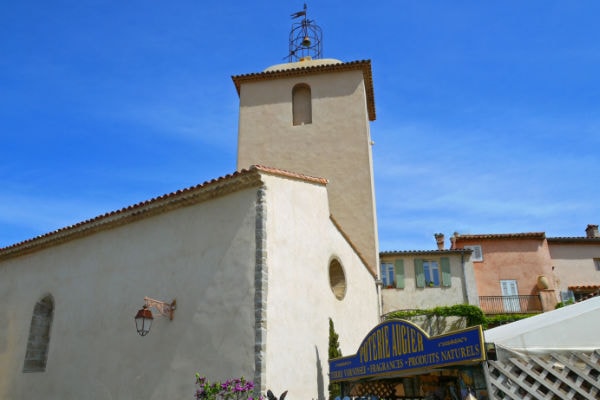 The church of Ramatuelle is backed by the ancient wall that surrounded the village.

At the end of the sixteenth century, the parish church of Ramatuelle was destroyed as a result of the wars of religion. The consuls of the community then decided to rebuild it without asking permission from the bishop of the diocese or the prior. This new church was built around year 1582 was leaning against the wall that once surrounded the village to make the economics of building a wall. But in the decades that followed, Ramatuellois were forced to address numerous complaints to the bishop of Fréjus, because the prior refused to pay its share of side work. The roof is not completed, in bad weather it was raining in the church and this prevented the celebration of the “divine worship.” It is only in the early years of the seventeenth century that the church was completed with the drilling of the front door dated 1620. This entry is decorated with a rich portal serpentinite (more commonly known as serpentine), green porphyry which was extracted blocks in a career area of Carrade Cavalaire. Several indications suggest that the church was originally disposed in reverse. The altar had to be at the place of the current door (you can still see on the sides, small niches drainage service of the altar). The current vestry did not exist and its place was occupied by an open arch of the church and dominated by a large stone shaft still visible above the sacristy forum.

“The bull’s eye” which opens on the street bell then illuminated the interior of the church. The tower is the remains of one of the four watchtowers attested in the fourteenth century and were part of the fortifications. The guard room was kept and part of the walkway is still running on the roof of the church. These towers were essential to the population because they allowed to see the many dangers from the sea or the plain. Pirates, Barbary, soldiers and invaders of all kinds and that we tried to guard the left side of the church part corresponds to the wall of the old ramparts and four arcs. The second arc features a screened window that has three figurines: Saint Joseph and the Virgin Mary (sixteenth century). Classified as historical monuments and baby Jesus offered by actor Jean-Claude Brialy (1933-2007) who resided Ramatuelle. In the third arc, you can see the reliquary bust of St. Andrew, who was patron of the parish. According to tradition, St. Andrew was crucified at Patras (Greece, Peloponnese) in the year 60. He was martyred on a cross with equal arms called since St. Andrew’s cross. The reliquary bust of Saint Tropez and Sainte Maxime flank that of St. Andrew.

The choir contains a magnificent altarpiece of the seventeenth century listed with a representation of St. Andrew. The painted decoration of the vault (XIX c.) Has been recently restored. Work has revealed the existence of painted decoration of the seventeenth century. on the walls that support the roof of the choir. The right wall proposes a refund. A right of the entrance a plaque commemorates the crew of four submarines: “SM 2326”, “Sybille”, “Minerva”, “Eurydice” Missing off Cape Camarat from 1946 to 1970. 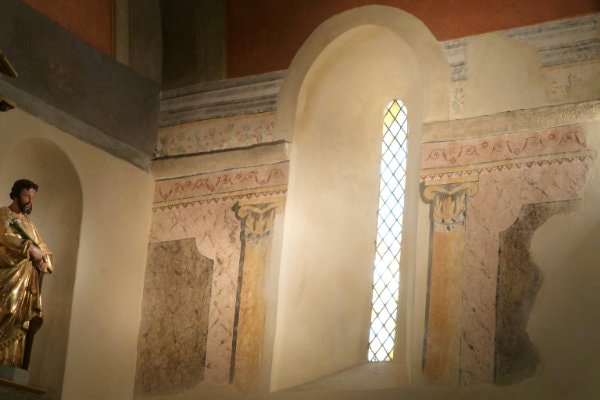